In this chapter, Professor W. Chan Kim introduces the strategy canvas. This is the diagnostic and action framework for building a compelling blue ocean strategy. You can evaluate the investment, factors, customers’ feedback and product features etc.
Today I choose 3 dancing movies which are High School Musical 3 (2008), Step Up 3D (2010) and Street Dance 3D (2010). These 3 movies are dancing movie with romance and courage for teenage audience. I plot up the principle factors and value curve to show the graphic depiction of 3 movies.
High School Musical 3 (2008)
Step Up 3D (2010)
Street Dance 3D (2010) 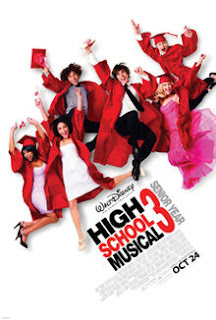 High School Musical 3 is the 3rd and final installment of High School Musical Trilogy. This is the first chapter showing in cinema apart from TV channel. The total budget of this movie is $11 million. This movie was showing in 2008 and it was linked up with Nintendo NDS and Wii video games. This movie is focusing in high school stories with sport and dance. All the actors are singing and dancing as on the opera stage. It was distributed by Walt Disney Pictures. According to the result of profit ratio, it shows that the High School Musical series are all having successful outcome.


After showing the sensational 3D movie Avatar, movies are tending to perform a set of series of 3D viewing in the cinema. In 2010, two dancing movies which are showing in 3D are Step Up 3D and Street Dance 3D. They have the similar story lines of HSM3. However, they would like to shift the strategic focus on 3D viewing. This kind of 3D motion performance can let the audience to have a vision of standing on the dancing floor. The audience with the 3D eyewear can let them to join the contest in the movie at the same time.

Professor W. Chan Kim indicates that to reconstruct the buyer value elements in crafting a new value curve, a new concept of framework which can be used to redefine a new the business model. It is the four actions framework. Reduce, Create, Raise and Eliminate. 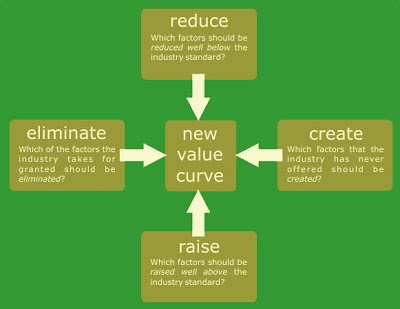 Compare with HSM3, both of the movies won’t add sport factor and won’t combine with video games products. They eliminate these factors as they are not longer to compete on or a good value factor. They reduce the songs and romance in the stories. As these two movies are not from musical and these factors are increasing the cost with no gain. Courage and dance performance are added in order to perform a dancing show to the teenage audience. 3D viewing motion pictures are new buyer value which can create a new demand and experience to the audience for a dance movie.
The Eliminate – Reduce – Raise – Create Grid is the tool to create blue ocean strategy.
3 characteristics of a good strategy which are: focus, divergence and compelling tagline. Apply these 3 characteristics, the manager can as a guideline to redefine value curve. The movie producers are focusing on 3D, courage and dance components and diverges the sport, songs, romance and video games products. The strong compelling tagline is the 3D viewing effect. This clear message can bring the HSM3 and non HSMS fans come to join to see these 2 new 3D dancing movies. This good tagline must be short and clear. The audience can understand and attract them to have this experience which is does not showing in HSM3.
The managers should list up the Eliminate – Reduce – Raise – Create Grid clearly, they should pursue differentiation and low costs to break the value – cost trade off. They can focus the relative factors and eliminate the high cost factors. Ultimately they can find out the implicit assumptions of creating new elements. Finally, the managers should plot the strategy graph in a coherent strategy which they can easily to distinguish the strategy canvas.

Posted by Chief Formula at 7:48 AM No comments:

Posted by Chief Formula at 5:06 AM No comments:

Assist Japan's Earthquake and Tsunami Survivors! Never Give Up!

Posted by Chief Formula at 7:13 AM No comments:

This is the first chapter of Blue Ocean Strategy. This book is written by Professor W. Chan Kim and Renee Mauborgne in 2005 from . They research for around over 20 years and sum up a theory of . The terms and are:


Professor Kim indicates that the only way to beat the competition is to stop trying to beat the competition. Red oceans represent all the industries in existence today. The products or services in red oceans are reducing profit margin in cutthroat competition. The bleeding price strategy turns the market space into a blood bath. Blue oceans denote all the industries not in existence today. The market space is not exiting before and there is a highly demand creation and opportunity in return of high profitable growth.

In colleges, most of the business schools are teaching the marketing concepts and business strategies on competing in red oceans. After the financial crisis 2008, we find out the traditional business are collapsing. New technology and innovation service and products are growing rapidly. They have a huge tremendous success and high turnover in blue ocean market space. For instance, Google search engine, Facebook social media, eBay online shop, iPhone from apple and AVATAR 3D movie. Those CEOs understand that there are no perpetually successful products and services in the market. The searching method of blue oceans is to following the value innovation. This is the cornerstone of blue ocean strategy. They are focusing on making the competition irrelevant by creating a leap in value for buyers and opening up new uncontested market space.

Value innovation contains value and innovation. They are value creation and innovation with technology driven. Seeking for adding value and using advance technology, plus cutting the low demand and low profit return procedures. This can provide a reasonable value at a low cost to new customers. 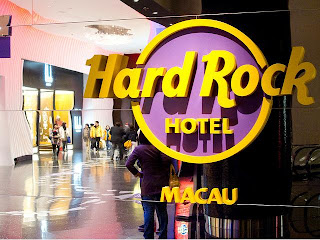 The traditional hotel is selling room service, shopping mall and restaurant service etc. Some of the hotels can provide gambling tables as well. Hard Rock Hotel not only implements a casino for its clients, but also develop a 250 million USD to create and produce “ The House of Dancing Water”. This show is housed in a purpose-build theater designed with many breakthroughs including a stage pool that holds a record-breaking 3.7 million gallons of water, equivalent to 5 Olympic-sized swimming pools. 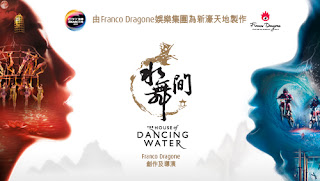 This state-of-the-art theater will provide the setting for the birth of an epic love story and spectacular journey through time, showcasing dazzling costumes, special effects, flying motorcycl, kung fu and record breaking acts never seen before in a theater. It is a crossover of musical, dancing, classic acrobatic acts and special effects. The major audience is from and which would like to spend money in shopping malls, restaurants and casino. Traditional casino would like to perform musical dancing. Ordinary opera house would only perform legendary musical. “The House of Dancing Water” is a uniquely created for City of by Franco Dragone, the world’s most spectacular show maker whose shows have been seen by over 65 million spectators worldwide. Hard Rock Hotel captures audience from casino and theater. They search a new blue ocean market place in hotel business with greater value to customers at a higher cost. 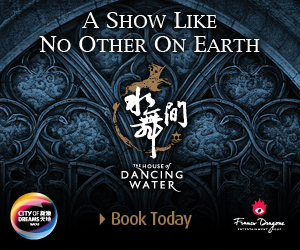 On the other hand, Hard Rock Hotel implements other tours package with room rate at a reasonable value at a lower cost. They can pursue differentiation and low cost simultaneously. They are not competing with other hotels in in room service sector, restaurants, shopping malls and casino. For the visitors who would like to watch this show, they prefer to join Hard Rock Hotel package rather than the others.
The senior managers should consider launching the new blue ocean strategy can be risky. They should consider the new strategy won’t affect their business activities when both are performing at the same time. Since the normal business program can bring a sustain cash flow for its company. Cost saving is a very important element in the value innovation process. The high level managers should eliminate those unnecessary programs, facilities or manpower. Similarly, while the other hotels room rate is dropping in low season. Hard Rock Hotel should provide low cost tour package for the customers in order to meet the value innovation.
Trailer House of Dancing Water


Lead cast in The House of Dancing Water


Behind the Scenes of The House of Dancing Water

Posted by Chief Formula at 6:16 AM No comments: